One of the fastest growing platforms that let users share videos across the Internet globally, is YouTube.

Being the best service with the signature of Google, the platform is the favourite and frequently used medium of entertainment for people worldwide.

Many video creators have come up with their skills, talent, and abilities to create video content on YouTube, to win more subscribers as well as generate a huge income.

Several YouTubers in India earn lakhs from YouTube and keep entertaining the audience through something every time.

This blog post brings you the top ten YouTubers in India and lets you know why they are popular.

Carry Minati, one of the top ten YouTubers in India, is well known for his comedy skits, roasting videos, and reactions to certain happenings through his channels. He started to post videos back at the age of 10.

The main Youtube channel began in 2014, at a very young age when he realized that his videos could entertain people all over the world.

Link to the Channels:

Bhuvan Bam’s BB Ki Vines channel is listed among the best 5 Indian YouTube channels. Being a Youtuber and a social media influencer, BB has made an impression in the minds of the audience with witty videos. Apart from being a Youtuber, the creator is also a songwriter, singer, and writer.

Bhuvan Bam created the YouTube channel BB Ki Vines, back in 2015 with a series of funny videos.

As per the reports by the Hindustan newspaper, he makes an annual income of 3 crores.

His videos are generally 2-12 minutes long that tell the story of an urban teenager and his conversations with family and friends.

And the best part is that all the roles are being played by Bam himself.

Bam used to film the videos using the front camera of the phone. He originally uploaded the videos initially to Facebook, then to Youtube.

His web series Dhindora was a hit on YouTube, which had 8 episodes.

Link to the Channel: https://youtube.com/c/BBKiVines

Amit Bhadana runs a channel on YouTube with his name that deals with Hindi Comedy videos.

He started the channel on 2012, October 24, which was initially short videos.

However later in 2017, he began posting full videos on the platform. The total financial standing he makes is almost 52 crore as recently reported by the Hindustan newspaper.

Amit creates videos in both Hindi and Haryanvi languages. All his video edits, shooting, and scripting involve the help and support of his friends.

Link to the Channel: https://youtube.com/c/AmitBhadana

Sandeep Maheshwari is a well-known motivational speaker and popular Youtube content creator. He started his career in 2000 as a photographer and later started making videos for YouTube.

Famous for: Motivational and business-oriented videos

Sandeep Maheshwari was brought up in a middle-class family and had ambitions amidst the financial concerns they faced right from childhood.

After the third-year B. Com dropout and engagement in freelancing jobs, he later evolved into one of the topmost businessmen, role models, mentors, and CEO, to please millions in the world.

His work ethic says to stay truthful to the inner self and others and to never be scared of failures.

He is the most sensational and prominent personality who made use of perseverance and worked hard to attain destiny.

Link to the Channel: https://youtube.com/c/SandeepSeminars

Technical Guruji or Gaurav Chaudhary is a YouTube personality who is based in the UAE. His videos on YouTube are based on Technology and informational stuff in Hindi.

Famous for: Consumer electronics and Technology

‘Gaurav Chaudhary’, popularly known as ‘Technical Guruji’ has made a huge fanbase with YouTube videos and got featured in the Forbes India 30 under 30 categories.

He launched his first YouTube channel in 2015 October and posted reviews and advice videos initially. Later, through his second channel, he started to make content from his personal life.

By 2018 September, he got the position of most subscribed Youtube channel in the segment of technology.

Dr Vivek Bindra kickstarted his Youtube influence as a motivational speaker in 2013. With an annual income of more than 8 crores, he continues building a huge fan base across YouTube and other platforms.

Famous for: Motivational and business videos

Dr Vivek Bindra is a devoted entrepreneur with the prestigious honour of Ph. D. in the Doctor of Philosophy.

Being an established advisor to numerous corporates, he inspires a wide range of people across India.

He has written many motivational books and business lessons along with training to impart knowledge on how to transform passion into successful entrepreneurship.

He could find a place in the most prestigious Golden Book of Records since he trained the biggest gathering of HR professionals in the ‘Can HR Become a CEO?’ event.

Dr Vivek Bindra also beholds the tag of one of the best 21 technopreneurs of 2021, as per Digital First Magazine.

Harsh Beniwal started a YouTube channel with the same name and focused on creating engaging yet entertaining video content on YouTube. He had won Silver creator and Gold creator awards for the popularity he won across the platform.

Being an Indian actor and a self-made Youtube video creator, Harsh Beniwal has been so popular with millions of subscribers at a very young age.

He began uploading Youtube videos as a part of his hobby in 2015 since he was fond of acting right from childhood.

The messages he conveyed in the videos were funny and entertaining, which started getting caught on social media.

Link to the Channel: https://youtube.com/c/TheBrainHumour

The famous Youtuber, whose cooking videos have inspired millions of food lovers across India, is Chef Nisha Madhulika. Her unique cooking videos on the YouTube channel ‘NishaMadhulika’ have created new dimensions to the delicacies.

What made her popular:

Nisha began her journey with a blog and wrote on how to cook the veg recipes in 2007.

Later in 2011, she created a food and recipe channel on YouTube. She wrote more than 100 cooking recipes on the blog.

She was one of the top YouTube chefs in India in 2014 and won the Top Youtube Cooking Content Creator Award in 2017 during Social Media Summit & Awards.

She was also listed in The Economic Times’ top 10 Youtube Superstars in 2016. Also, in 2020, she won the Youtube Diamond Play button with more than 10 million subscribers.

Link to the Channel: https://youtube.com/c/nishamadhulika

Vidya Iyer, or Vidya Vox, as popularly called, is a Chennai-born versatile singer and YouTuber, settled now in Los Angeles.

What made her popular:

The songs Vidya Vox chose are unique and brought a peculiar trend to the music industry. Her cover songs adopt a confluence of Indian and American heritage.

This contemporary style of singing has given birth to all the pleasing elements of traditional Indian music along with the hip-hop music style.

Ever since her YouTube channel came into existence in 2015, she has created numerous Western pop hits and songs from India.

Though their basic aim Vidya was to move her career to medicine, later she realized the need to look into music much more seriously.

She indulged in this world of rhythm and started posting videos on YouTube, eventually deciding to take up Music as a career.

Link to the channel: https://youtube.com/c/VidyaVox

Mumbaiker Nikhil or Nikhil Sharma is a popular Motovlogger with the channel name Mumbiker Nikhil. His videos and the shows have given him the favourite place among the minds of bikers and the moto vloggers from everywhere in the world.

He started to create videos as vlogs and portrayed the strong passion for motorcycle bike riding that grew with him ever since the age of 15.

So he strategically created videos with both of them to publish Youtube moto vlog videos.

A Ladakh trip was a turning point in his life, and later in 2017, he got invited to the Mumbai YouTube Fanfest. His performance on stage with Harley Davidson gave him numerous subscribers.

By March 2018, he grabbed over 1 Million subscribers for his YouTube Channel.

Link to the Channel: https://youtube.com/c/MumbikerNikhil

YouTube has evolved into a game-changing platform that lets everyone make millions with the amazing potential it has. However, it certainly requires effort to stay relevant and consistent.

The aforementioned top ten YouTubers in India have won these titles due to their consistent effort in entertaining users with versatile and unique stuff.

It is now your turn to go and check out the famous YouTubers you might find interesting and appealing. Who knows, maybe you would be the next one to join this exciting group of stars. 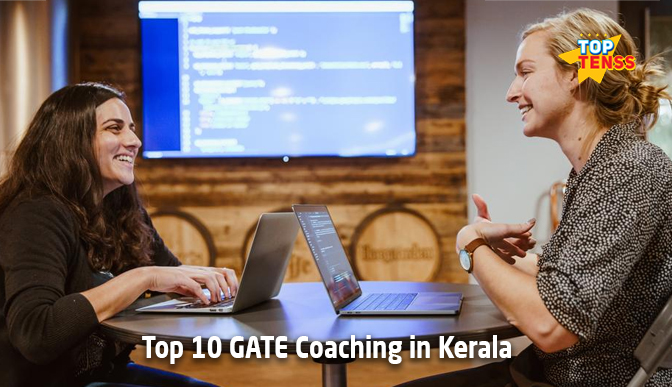 Toptenss - January 22, 2018
1
Gate Coaching in Kerala is very popular nowadays, It is known to all that Gate is one of the major exams which is conducted... 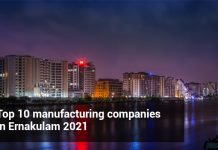